One of the Garden Route’s proudest exports took her surfing from Victoria Bay to the world.
By Craig Jarvis on 12 January 2015 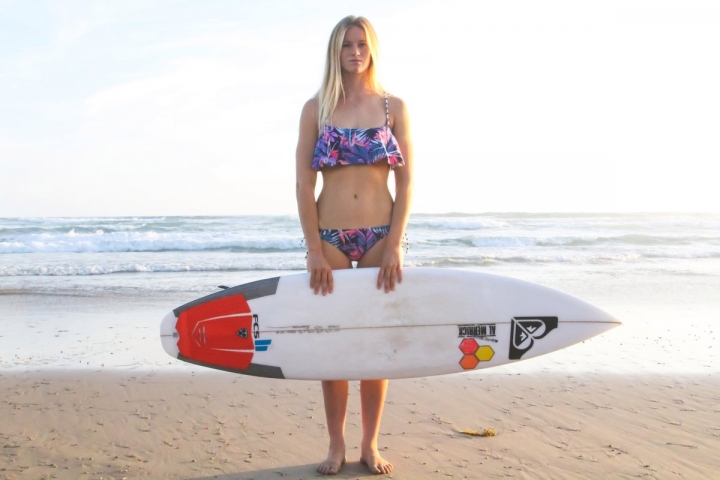 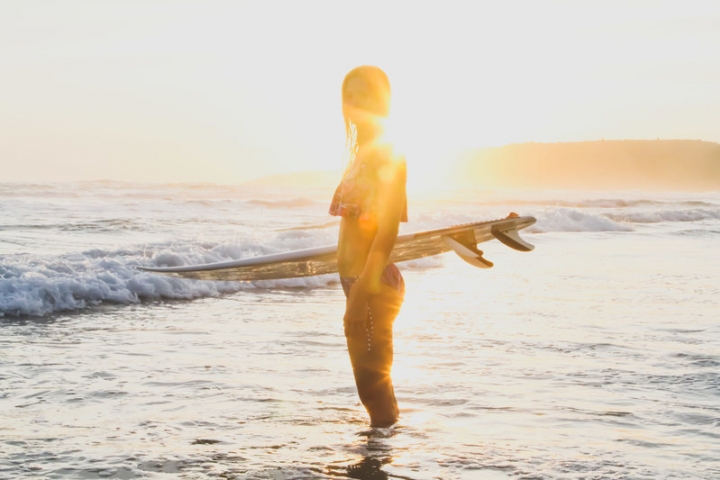 One of the most powerful backhand surfers on the Women’s World Championship Tour, Bianca Buitendag learned how to crack it off the top at the long and fun point break of Victoria Bay. A great place to find a rhythm of off-the-bottom and off-the-top. She first had to do ‘the grovel’ however, learning to surf on the windblown and cold waves of the Strand. The small beach break surf, followed by the point-break years saw her to this current point in time as the only South African girl on the elite women’s world tour (read more about her 3rd place in the 2014 season finale on Maui here), so it must have been a good place to learn.

She gives us the lowdown:

On where it all began
I learned to surf at one of the most challenging beaches in South Africa, Strand, where the wind howls onshore for about 350 days in the year. So it takes a lot of love and determination! My family and I would always go on trips up the east coast of South Africa, mainly on the Garden Route (where I now live) so I would say it was a combination of many spots on that coastline. There are a couple of good points on the coast.

On how bad it really was in the early years
Quite honestly, the waves at Strand are generally terrible. Always blown-out onshore, with freezing cold water, but most times when you expect the worst, you always seem to be surprised and end up having so much fun. When I was thirteen years old, my family moved four hours up the coast to a little village called Victoria Bay. It is one of the most consistent and wonderful waves in South Africa, a long running right hand point break with very few people out. It has nice sections and is a rippable wave.

On being a goofyfooter living at a right hand point break
I think firstly, Strand fueled a determination within me and made me very grateful for a wave that broke for longer than three seconds. In saying that, I think it was Victoria Bay that developed my style and caused me to love surfing and community. It is the sort of wave that you can get into a rhythm on. It irons out all the kinks.

On Victoria Bay and its influence on equipment choices.
When starting, you learn to ride anything that is available, and that is exactly what I did, but thinking back a thicker board would have been a good idea. I think that Victoria Bay helped me to refine my equipment needs.


Look out for a full profile on Bianca in an upcoming issue of Zigzag magazine.